March 23, 2017
I loved living in New England; I loved living in Massachusetts; and...I almost loved living in Boston. I really wanted to fully love living here because it's such an amazing city...but I could'nt. Why? The weather? No. The cramped living space? No. The accents? No. Why then? What could be the one thing that leaves a permanent stain on what is an otherwise great place to live. It's because of THEM. You know who they are. They are responsible for you being late to meetings, driving down one way streets and speeding through red lights. They leave you foaming at the mouth with such rage that for a moment you understand how murder can happen. That's right...it's these fucking drivers and pedestrians. I've never seen such a poor display of common road courtesy. These self-entitled mindless pricks that make up a majority of the people on the roads of this city make it a misery to live here.

I'm not saying that it's Bostonians, per se. But there is something about living here that turns anyone who spends a significant time here into some of the worst drivers and pedestrians in the world. I've never been in a part of the country - or the world for that matter (and I've traveled quite a bit) - where people feel that it's okay to jump in front of traffic and then give you attitude if you call them out on it. I've never been to a place where driving like an idiot is seen as some sort of cultural badge of honor that everyone is entitled to. Only in Boston can these and other similar behaviors be seen as the proper and expected way to behave.

It makes you think "Why Boston?" Why, of all the places in our country do the shittiest drivers and pedestrians live here? To truly understand this phenomenon, I think you have to take it way back and understand what makes this part of the country unique.

Living there for over twenty years, I came to appreciate not only the history of Boston but also the edge that is part of the DNA of this city. The east coast brusqueness and matter-of-factness that to everyone else comes off as rude, is just the status quo here. The fact of the matter is that Bostonians aren't much for courtesy or patience. You can't afford to be. You wait too long and you'll miss your turn in line or in the dead of winter, freeze to death. I truly believe that this instinct of being bold and stubborn goes all the way back to the beginnings of the city. Boston is the birthplace of the Revolution. The Tea Party, Bunker Hill, Paul Revere...all of that happened here. People who were fed up with the system, fought the system and won! In context of American History, this is awesome.

But, I truly believe that the act of revolution has evolved and distorted over time and has become this self-entitled "prickiness". Because of the events that led to the Revolutionary War - which started in this otherwise awesome city - its residents feel entitled to just take the roads without care of who else is around them. Just the way the patriots stood their ground on Bunker Hill until they saw the "whites of the eyes" of the British soldiers, some of these fucking pedestrians will dart in front of traffic and casually cross while you're coming at them at over twenty five miles an hour. This insane disregard results in a sudden stop which dominoes into 20 other cars slamming on their brakes, buses blocking intersections, taxis driving down one--way streets and soon, traffic is backed up 5 miles on the pike for NO FUCKING REASON.

Here are just some of my pet peeves.

Jay-walking - Jaywalkers are the worst of the worst. These idiots feel that because Massachusetts protects the rights of pedestrians to cross at a crosswalk, they can cross anywhere. Not only that, they cross without even looking at traffic! They just dart into the street like its no big deal. Well... IT IS! and NO! YOU CAN'T DO THAT! Cross at a crosswalk and I'll stop. Cross through traffic and I'll speed up and honk my horn. Because you're being a fucking idiot and you're breaking the law. There are still jay-walking laws here. OBEY THEM!

Double parking - I'm so glad that the police have started to crack down on this. It's too bad that it took a young girl dying in a fire to give the police the balls to ticket and tow these idiots. Here's the thing...you're double parking! Don't be a lazy fuck...find a parking space somewhere else and don't make it difficult for others. This isn't fucking Rome or a third-world country where parking is a premium or miles away. Drive your Dunkin Donuts eating ass a couple of blocks away and park legally. Double parking also complicates traffic around the city. One double parked car slows traffic on the streets which slows traffic on the highway and tunnels and pretty soon you're stuck on the Tobin trying to calculate the physics it would take to drive off the side.

Speeding through red lights - Over time, I've become one of these idiots. I see a yellow and I speed up instead of slowing down. What the hell is wrong with me? What possible rush can I be in? Oh, that's right, if I go through a red then I might not get caught behind someone double parking shithead or some idiot jay-walking at his own pace.
Mr. and Mrs. Traffic Guard - This fucking asshole. Why are there so many of them here? I remember being a bitter 4th grader because I wasn't chosen to be a crossing guard. Is that what's driving these people? You know the one's I'm talking about...they stand by the corner of an intersection and wave cars by as if they have some sort of authority. It's a regular green light on a regular intersection on a regular street and this guy is deciding to call the shots. WHY? Oh wait...I know why...

Bad Crossing Lights  - Whoever the primary civil engineer of Boston and its metro area is should be fired and all of his/her predecessors and successors fined just for good measure. At a surprisingly large number of intersections, the pedestrian crossing light is run separately from the traffic crossing light. In a normal world, at a regular intersection, cars and people should be able to cross at the same time. Unfortunately, in some cases, they are done separately...cars first and then pedestrians. At large intersections, I understand why this is done. But at a normal intersection in a normal part of town, there is no reason to do this. No wonder people drive like idiots; we're kept waiting two minutes to complete something that should be done in half the time.

No turn signals - Here's the thing...use your turn signal. It's one of those simple contracts we have with every other driver. I will tell you my intentions well in advance so that you can plan how to move around me. Only in this fucking city are turn signals some sort of hassle. Are you trying to conserve energy? Is the switch hidden somewhere under your seat, is that why you can't use them? No...they're right next to your left hand...use it!

Mind you, these are just some of my pet peeves. Boston, you're a great city but get your collective heads out of your asses and learn how to drive like the rest of the world. I have been to third-world countries that drive better than Bostonians and that's just a shame for a first-class city.

Running an AirBnb has provided so many interesting experiences; We have met so many people from around the world, have created some short-term friendships, and have had the opportunity to play tourist guide for people taking a trip to our beach town. But we've also had many interesting stories. I've shared many of these stories in private to friends but every now and then we get guests that truly leave me guessing and wondering as to who just stayed on our property. Our most recent guest was supposed to stay for one night but based on our security system, it looks like she was only there for 2 hours. When I went in to clean the space, the house was mostly untouched with the exception of the living room which had candle wax debris on the TV table, the couch and on the floor. When I went to throw out the trash, there was nothing in it except for paper towels and about 8 tiny completely used candles. I'm not entirely sure what happened but I am glad that we could have been of s… 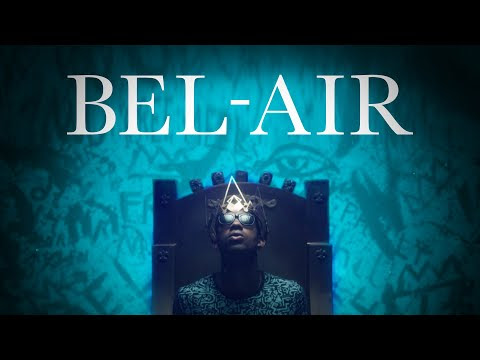 I love these re-imagining of popular shows and this one is truly exceptional! I love all the nods to the original series.